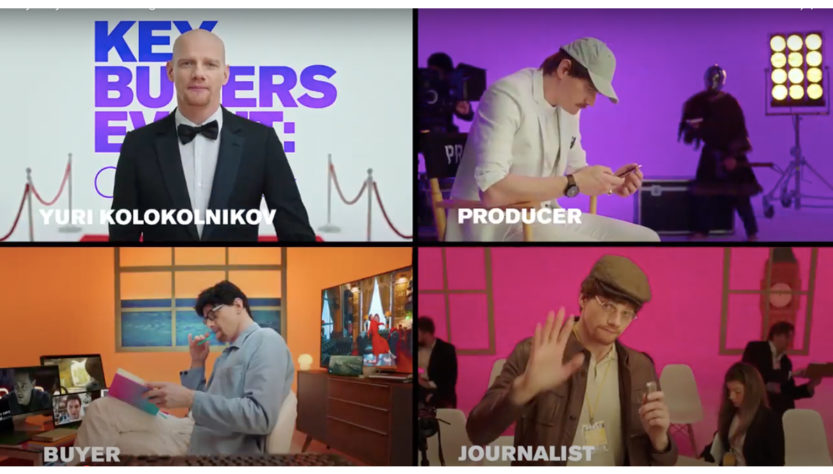 On June 8, the international online content market KEY BUYERS EVENT: digital, organized by ROSKINO with the support of the Ministry of Culture of the Russian Federation, the Department of Entrepreneurship and Innovative Development of Moscow City of and the Creative Industries Agency opens. More than 700 international participants — buyers, producers, representatives of festival organizations — from more than 80 countries will take part in it.

The event will be opened by the KEY BUYERS EVENT: digital ambassador — actor and producer Yuri Kolokolnikov. In the opening video, he appears in several characters at once — a host, a producer, a buyer purchasing content, and a journalist. The director of the video is Alexander Boykov, the creative producer is Maxim Rybakov.

Evgenia Markova, ROSKINO CEO: “Promotion of Russian talents in the world is undoubtedly one of the tasks of KEY BUYERS EVENT and, in general, the work of ROSKINO. We are very pleased that Anya Chipovskaya, who became the ambassador of KEY BUYERS EVENT in 2020, this year passed the baton to another talented Russian actor Yuri Kolokolnikov. Yuri was repeatedly involved in major international projects — the TV series Game of Thrones, Christopher Nolan’s film Argument and many others. » When communicating with foreign partners, we often hear that high-quality marketing plays a key role in the process of positioning and promoting projects in international markets, which means their success with the audience. Therefore, everything we do is focused on maximum information content, targeting and, of course, ease of presentation. All this is perfectly illustrated by the video that all participants of the KEY BUYERS EVENT forum will see. «

Actor Yuri Kolokolnikov: “The KEY BUYERS EVENT market is an effective tool for creating the image of Russian content on the international market. Content today is one of the important sources of knowledge and information exchange between people of different cultures, and for the development of the Russian film industry, increasing its role and relevance in the world, it is necessary to integrate Russian actors, directors, and producers into the international dialogue as much as possible. It is important for me as an actor and producer to be involved in the communication process with international participants interested in our content. «